As users are added to a site, they are assigned to a hierarchy, providing a clean and organized structure. Users can be sorted and searched by hierarchy.

If you are integrating with a student information system (SIS), hierarchy and user creation is automated. It is possible to manually add additional hierarchies. 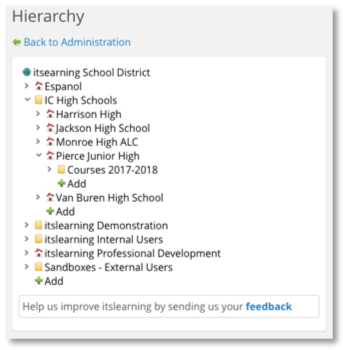 It is important to define the root hierarchy as an Site.  You cannot not add a site under a site. The organizations for which you want to add terms, policies, and privacy rules must be defined as a Site or School. 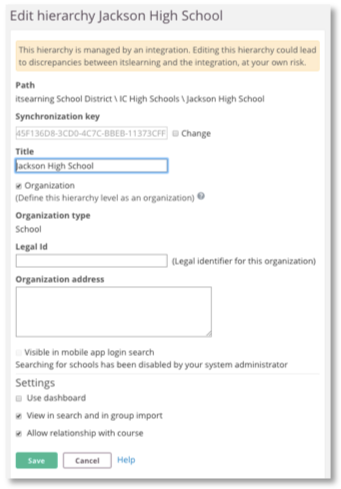