Since itslearning is used in environments involving young people, there may be situations where abusive or unwanted messages are sent to another student or in a group conversation. The reporting feature appears on individual messages and on group conversations.

The feature is not yet available in the mobile app. 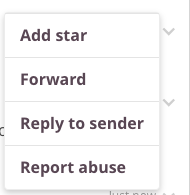 The option is not available on your own messages.

In the image below, when student Alejandra reports a message written by her classmate Brian, she can select a teacher to send the report to. 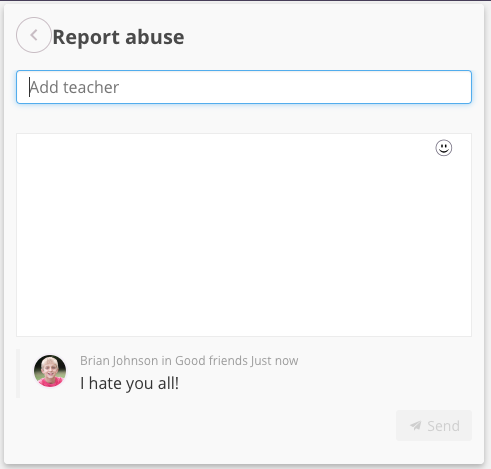 For Alejandra, she can now see the message as reported, and the menu will give her an option to cancel the report: 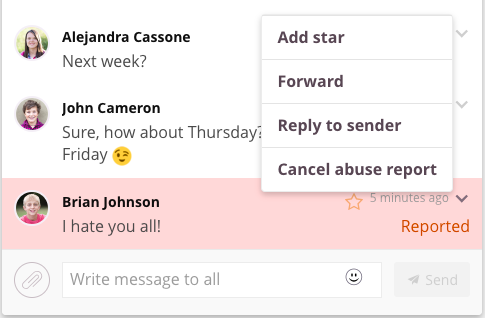 For any other participants in the same conversation, the message looks normal.

The report will show up in a 1-1 conversation with the selected teacher as shown in the image below:

For the teacher, Shawn, the message shows up with an option to delete it as shown in this image:

Deletion can be undone from the same place:

When deleted, all participants in the conversation will see that it was deleted by a teacher, but nobody will know who reported it. Unless of course this was in a one to one conversation.

A group conversation created by adding individual users, can also be reported as a whole: 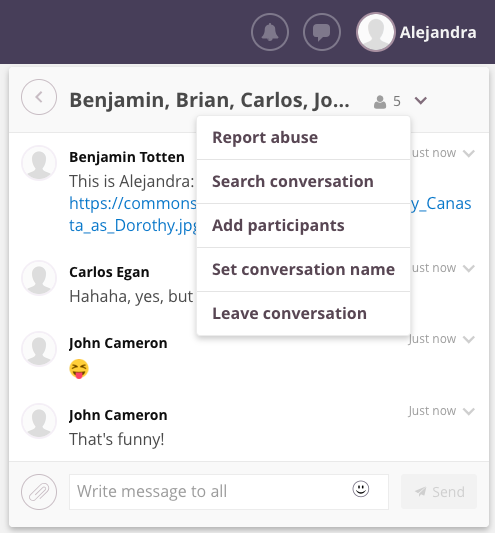 As for individual messages, the report is sent as a message to a teacher. 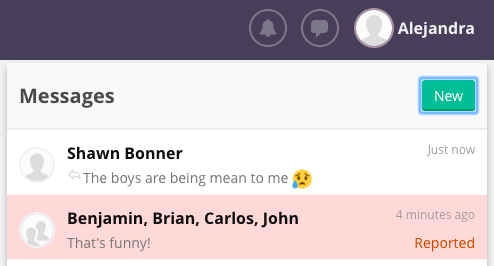 The report can be cancelled by the one sending the report in the first place. 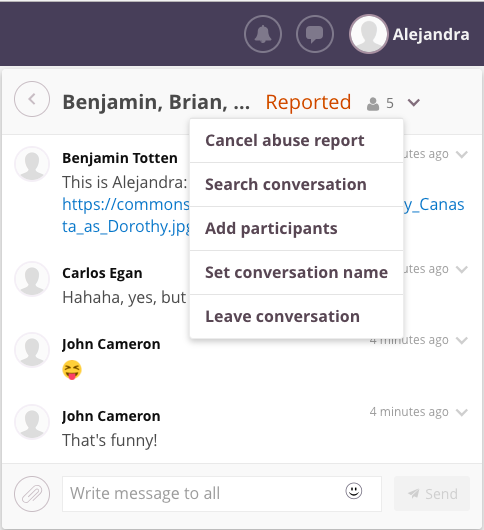 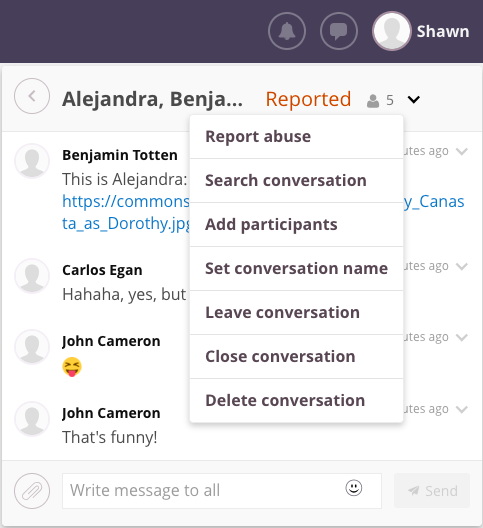 Deleting individual messages will affect everyone in the conversation: 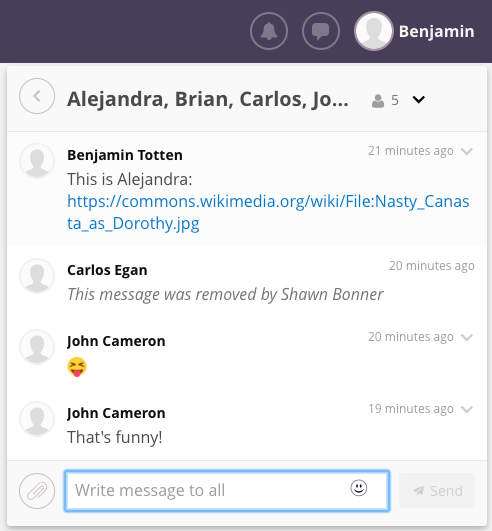 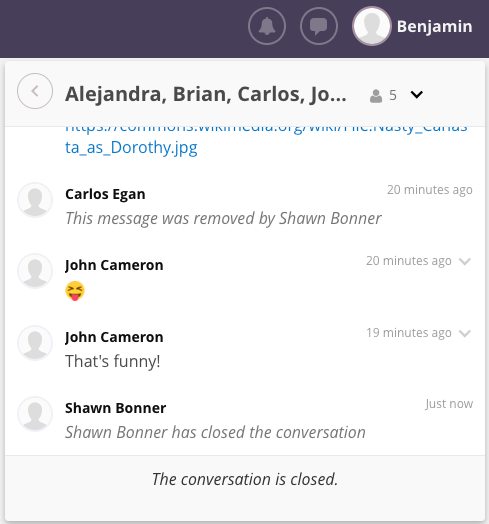 The teacher is not a formal participant in the conversation and cannot be removed: 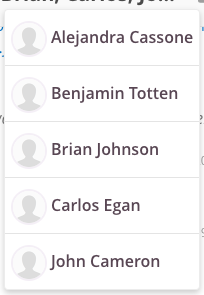 If the teacher deletes the conversation it disappears completely for all participants, but the teacher can still undelete by going to the original report as shown below: 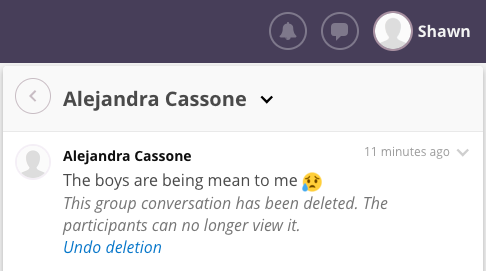